The Effects of Deportation 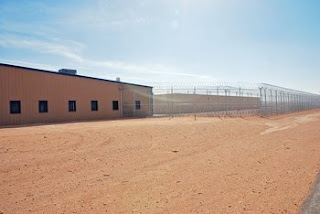 This is a rather long essay; rant whatever you want to call it.

On Thursday I was listening to America Air at airamerica.com. One of the topics was about a Venezuelan illegal immigrant; she gives authorities false information when the chicken processing plant where she worked was raided. was raided. This was in October, 2008. So of course the only information I could find online about the story was about a raid, here. This particular immigrant happened to be the mother of an infant, born an American citizen. Because she gave false information she was arrested and given a one year jail term after which she is/was to be deported. Her infant was later sent to live with two aunts who are here legally, but already had other children and limited income. The aunts cared for the child for as long as they could possibly manage, so the state takes this infant and gives it up for adoption. This was legally done using the premise that she abandoned the child.
No matter what you think of immigrants being here illegally, this to me is wrong on so many levels. From what I understand she is trying to get the child returned to her custody, and/or visitation rights. This of course is going to be an uphill battle for a poor immigrant from Venezuela against the adoptive parents who can and have hired lawyers. How can this be possible in America? Now I’m sure this isn’t the only, first or last story of this type. Can you only imagine what this mother is going through? Moreover can you imagine anyone doing this to both mother and child? No matter what opportunities the adoptive family may be able to offer this child, he has a mother, a mother that loves her child.

I cannot say that I know exactly how she feels or what affects this will have on this child, but I do know what it feels like to have someone you love taken away, jailed and held for deportation. I just went through this experience in the past few months. It’s not easy. But I wanted to share a bit of what this whole ordeal is like. The person in my story is not a family member in the legal scene, but we are as close to family as possible. A bit of a back story here, my partner and I moved West Hollywood, CA about seven years ago from small town Anderson, South Carolina seven years ago. We met shortly after I moved into the neighborhood; he lived two buildings down from me. Our birthdays are three days apart, so we are both Libras and we spent so much time together my partner jokingly started calling him my other boyfriend. Since neither of us had family here we all spent our holidays together as family, This past summer I spent several weeks in Palm Springs with him while he did some work on vacation property of another friend. These are things that we may never be able to experience ever again. Although he was a bit slow in getting things corrected, he was expecting some help from another friend’s father that is a retired LA judge. It never happened.

He was arrested February of this year, only after being falsely accused of a crime. The police showed up at his door one day not an hour after we talked on the phone that day, that night he called collect from the downtown LA jail. By that time I had already knew from someone in the neighborhood that seen him being arrested and carried away. I tried visiting him there on visiting days which for general population are Thursday & Sun 10am-7pm. After my third trip to visit I was finally able to visit. Because he honestly told them he was gay he was placed in the section of the jail labeled “High Power” They have different visiting hours but I wasn’t told this until after the second visit attempt. I looked forward to Saturday so I could visit my friend and put some money in his commissary account. Luckily I had spare key to his place and his debit card was still there and he trust me enough to give me the pin number.

The day after he was arrested there was a three day notice to pay or quit on his apartment door, as if that wasn’t bad enough within the next couple of days there was a notice of abandonment on the door. Although it’s only a small studio apartment it’s completely filled with a lot of stuff, he asked me to get a few things he really wanted to keep. I go in that weekend and while there the manager of the building knocks on the door, and tells me that I am trespassing, according to the building owner. Knowing that I had permission to be there on top of having a key to get in I knew that I had every right to be there since technically the apartment would legally be his residence. I promptly came home and called the West Hollywood sheriff’s station, I was told an officer would meet me at the residence in question. Shortly two officers showed up, after filling them in with the details I escorted one officer to the managers apartment. He returned shortly and reassured me that I had every right to be there and if I had any other problems with management call the station and they would send someone back out.

At this point I made the decision that my friend was NOT going to lose everything he owned, but I knew there was no way I could handle this all on my own. I had a fall from the roof of my three story building a few years ago leaving me disabled, walking luckily but still disabled. I knew I could count on my partner and was able to get a couple of other people he knew, that I had been introduced to. So I rented a storage unit and we slowly went to work, since we had about twenty days we would be able to pace ourselves which was great since I am unable to lift heavy items or bee on my feet very long without being in severe pain. Even though I had/have access to his bank account and it was really my idea to save his belongings, admittedly because I know what it’s like to move and willingly lose or sell almost everything you own. I can only imagine what it would be like to lose everything you own, having no other option. Honestly the building owner was itching to get his greedy paws on the contents of the apartment.

My friend was held at the jail in downtown LA, until earlier this month and I was able to at least visit him once a week. As you can imagine our visit always began and ended with both of us in tears, talking to someone through a glass with a phone knowing this may be the last time you physically see this each other. Imagine your best friend, the only friend you have made since moving to CA. To put it dramatically is literally being ripped out of your life, and nothing can be done. Well that day did come; he called me on Sunday last week to tell me he was being transferred. On Tuesday night I get another call and he is telling me he is leaving in 30 minutes to be put on a plane headed for New Mexico. New Mexico? Why New Mexico, I ask? You are being deported to Canada! Why on earth New Mexico? This is not something either of us knew the answer too, we were expecting him to be held at one of the INS detention facilities here in CA. There are two INS detention facilities in CA, one is 142 miles from Los Angeles and the other is 220 miles and I already had directions printed for both facilities since either of those places would be possible for me to drive and visit. Here it was the day we both dreaded coming.

Since his arrest and subsequent deportation order he has insisted this would not be the last time we physically are in each other’s company. From the first visit we were able to have I have feared we would never see each other ever again after he is gone, but he insisted every time I got to visit that I would be visiting him in Vancouver, Canada. I am in the process of obtaining my passport; since I have never left the country I’ve never had the need for one. He has called me twice since being transported to New Mexico, and this past Saturday was the first time since his arrest that we were not able to talk face to face. Hearing this story today about this poor mother having her child ripped from her life made me realize that next to this poor mother, my situation isn’t anywhere as near as heartbreaking. But I must admit it is still hard, today I was able to have a good cry with my partner there to comfort me wishing there was something more he could do. I remember reading somewhere that “Fate decides who comes into your life, It’s your heart that decides who stays” I have but one thing to add to that. “Until your government gets involved.” I must admit that in that area I am one lucky man to have someone in my life to go through life’s ups and downs. We will celebrate our nine year anniversary on April 30th.

If you are going through something similar, feel free to leave a comment or email.

Promote Your Page Too